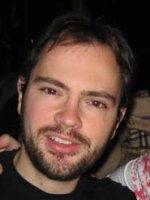 My email address is matt at matt-mcdonnell.com and my public key can be used with Mailvelope to encrypt messages to this address. Please send your public key (or link to it) if you want an encrypted response.

I am currently exploring the world outside of academia. From July 2007 until August 2011 I worked as a Project Engineer in the Consulting Services group of a scientific and technical computing software company. Between September 2011 and July 2014 I worked as a Quantitative Developer for an asset management company. Between July 2014 and June 2015 I worked as a Quantitative Analyst for the same company. Between November 2015 and February 2019 I worked as a Data Scientist for a Cambridge based startup that is developing virtual fitting room technology. In February 2019 I joined a large global bank in a Development Specialist role, focusing on development and productionization of a platform for risk modelling. In June 2019 I left that role to join an AI/IoT/Blockchain startup as a Senior Research Engineer. In June 2020 my role expanded to acting as a CTO of a spin out of the startup focusing on building a decentralized commodity exchange. In July 2022 I left that startup to have a few months off and get back to focusing on Data Science and Machine Learning. In October 2022 I joined a Cambridge based gaming company as a Senior Data Scientist.

I was born in 1975 in Brisbane, Australia. Between 1975 and 1988 I mainly lived in Queensland, mostly in Mount Isa (4 years, 2 year gap, 4 years) and Gladstone (the 2 year gap). In 1988 I moved to Perth and went to Secondary School at [Duncraig Senior High School] (senior = year 8 -> year 12).
Duncraig SHS ran an Academic Extension program which consisted of advanced material for better students during years 8 to 10, and I was able to get into this program.

I was then fortunate enough to be awarded a Commonwealth Scholarship to study for a doctorate in the UK, and was accepted as a Probationer Research Student in the Atomic and Laser Physics Sub-department at the University of Oxford starting October 1999.

The topic of my DPhil thesis was "Two-photon readout methods for an ion trap quantum information processor". The basic idea is to use an intense "dressing" laser to either cancel absorption on an unwanted transition, or to create a narrow bright resonance on a wanted transition, in order to discriminate between two closely separated atomic levels. In our case these are the Zeeman sublevels of the ground state of 40Ca+.
A [paper] describing the core theory and presenting experimental results appeared in Phys. Rev. Lett. in October 2004.

A longer paper going into the [theoretical calculations] was published in Phys. Rev. A in November 2004.

The latest version of my thesis can be found [here].

I completed my DPhil thesis and viva voce by June 2003. After a brief holiday back home in Australia I started employment as a Post-Doctoral Research Assistant in the same group (because things were starting to get very interesting) in August 2003. Over the next three years I did a lot if interesting quantum information experiments using the calcium ion trap at Oxford, and further developed my experimental, analytical and computational abilities.

In September 2006 I finished up at Oxford and returned to Australia to take up a position as a Research Fellow (equivalent to postdoc) at Griffith University in Queensland, in the group of [Dave Kielpinski]. The aim of this research was to use mode-locked lasers for atomic cooling, making use of the phase coherence of the pulses to excite two-photon cooling transitions. This seemed like a natural extension of my interests in atomic and laser physics, however the project turned out to be mainly hardware based, rather than the mixture of hardware, theory and computation that I had hoped for. As I was unwilling to give up my skills in the non-hardware subjects, and was finding the software side increasingly interesting, I decided to leave this position and explore other options. This resulted in a move to a more dynamic industry-based position where I would be exposed to a wider range of shorter-term challenges.

I also did a bit of rock climbing back in Perth. There is a limestone cliff at Blackwall Reach that is right on the Swan River and you can traverse along the base of the cliff without ropes (if you fall you just get wet, which is a bit of a relief during summer). Unfortunately limestone cliffs have a tendency to fall down, so I don't know if it is still there or if climbing is allowed.

I was a member of the [Keble College] [Middle Common Room].
If you are reading this from outside Oxford this probably needs a bit of explanation. Oxford and Cambridge differ from most other UK universities in that they are college based, i.e. each student is a member both of the University as a whole and of a particular college.
The University is responsible for holding lectures, running lab classes, setting exams and awarding degrees.
The College is responsible for pastoral care of the students, setting tutorial classes, student accomodation and providing facilities such as a dining hall for meals, a college library (not usually accessible to non-college members), a pigeon hole for post, a college bar, etc.
The college hierachy consists of the Senior Common Room, i.e. the College Fellows (lecturers and tutors), and the Juniour Common Room, i.e. students. In colleges with graduate students there is also a Middle Common Room that is the graduate body (or Graduate Common Room in Christ Church, or Junior Common Room in the graduate-only colleges).
Each of these bodies acts to represent the interests of the corresponding section of the college population (e.g. usually fight for more resources at less cost, try to get more college accomodation for graduate students, etc) and also acts as a social group for their members. In addition each group usually has a corresponding room somewhere in college with facilities for its members (for example while I was a graduate student the Middle Common Room consisted of an underground concrete bunker behind the college bar, with a TV, sink, kettle and some (sometimes functional) computers for email.

Literature (for some values of)

I tend to read hard science fiction, graphic novels, occasionally historical documentaries. I also like anime. At the moment I particularly like [Charles Stross] and [Ken MacLeod].